Millie and I drove our Winnie out to Forest City, Iowa for the Skinnie Winnie Fall Rally being held at the Winnebago factory fairgrounds.  It was quite a sight to see nearly 50 of our little motorhomes together with a total of 84 attendees. 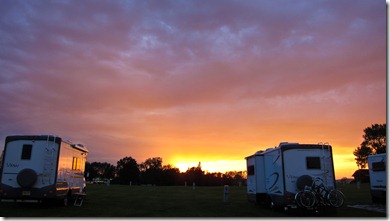 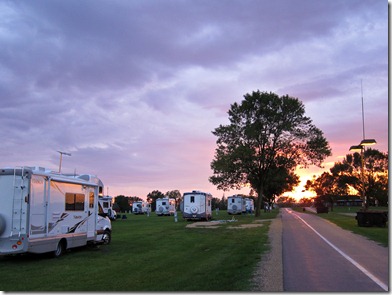 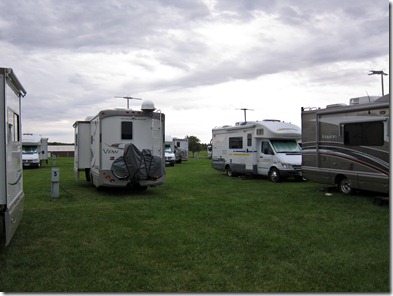 This was my first View/Navion rally and it was slightly different than the T@B rallies I had attended in the past.  This group was nearly all couples, nearly all retired, and extremely well-traveled.  During the first night’s introductions, folks had to say where they were from and what their favorite campground was.  We had attendees from Washington to the Florida Keys, and from San Diego to New England!  Many had taken their motorhomes to Alaska, and just about everywhere you could imagine. 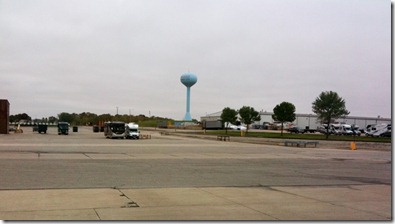 The first day’s main activity was a special tour of the Winnebago factory.  Winnebago was really first-class— even though the factory was just across the street from our rally site, since it was a bit cold and rainy, they sent 3 buses over to pick us up and transport us around the factory grounds (which are huge—the buildings alone cover 60+ acres!).  Winnebago was formed by 5 Forest City businessmen eager to bring viable employment to the town, and for over 50 years now, it certainly has.

Winnebago now employs nearly 2,000 people and builds over 5,000 motorhomes a year.  Those figures are about 1/2 of what they were just before the recession hit, but the company managed to survive when many of their competitors did not.  They are now growing again and increasing production.

We were not allowed to photograph the inside of the factory, so all I was able to capture was this outside picture above.  It was a very interesting tour though that lasted nearly all day.  Winnebago makes nearly all of their own components—from plastic holding tanks, exterior storage doors, dashboards, showers, and skylights, to a gazillion different metal parts.  We also saw them welding the maze of metal to form subfloor supports, weaving a maze of wiring and controls into dashboards, and then lowering these huge assemblies onto the awaiting engine and chassis systems below.

Once the floors and front ends are installed, the units are driven next door to a massive building called “Big Bertha” where all the other assemblies finally create the motorhome—walls, roofs, slide-out rooms, furniture, appliances, etc.  It was really amazing to see.  Most-impressive were the workers we met—the average seniority is 18 years with the company.  They really know their stuff and take a lot of pride in what they build.  It was so neat to so much of the product still being “American made” and not simply being “American assembled.”

On Friday, Winnebago brought in all their new small motorhomes into their large exposition hall specifically for us to preview.  Their CEO, Bob Olsen, met with us for nearly 2 hours in the morning, followed by an afternoon session with their head product designers and engineers.   They’re already busy designing the 2013 models! 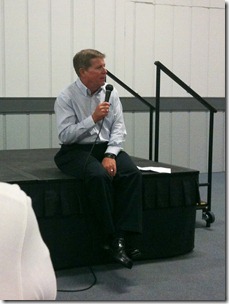 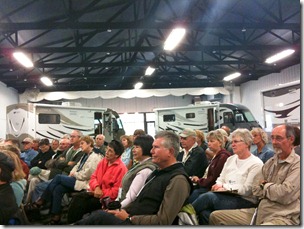 Since Forest City is off the beaten trail a bit (in north central Iowa), I took backroads all the way there and back trying to visit some towns old and new along the way.  One new stop I enjoyed, was Decorah, Iowa.  Here are a few shots: 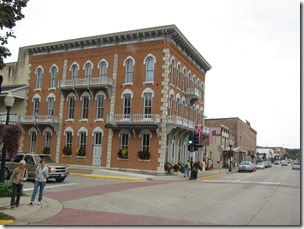 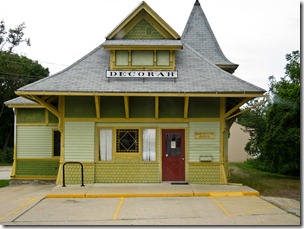 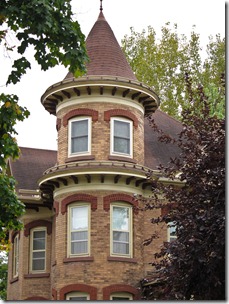 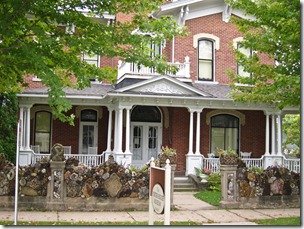 I then made my way over to the Mississippi river and followed it down to one of my favorite small towns, McGregor, Iowa before heading back across the river to Illinois for the drive home.   A very educational and enjoyable long weekend! 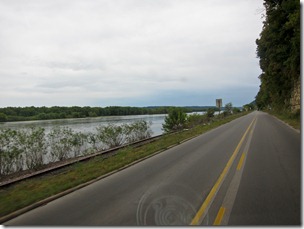 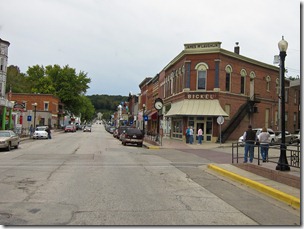 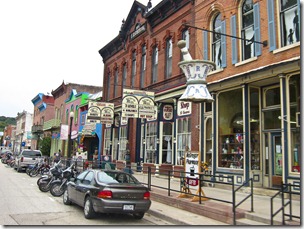