It's the last weekend in February, and the little town of San Felipe, on Baja's Sea of Cortez coast has swelled from a sleepy population just under 10,000 to a busting-of-the-seams 30,000 or more.  Fans from across North America have come to watch the spectacle that has made Baja off-road racing world famous. 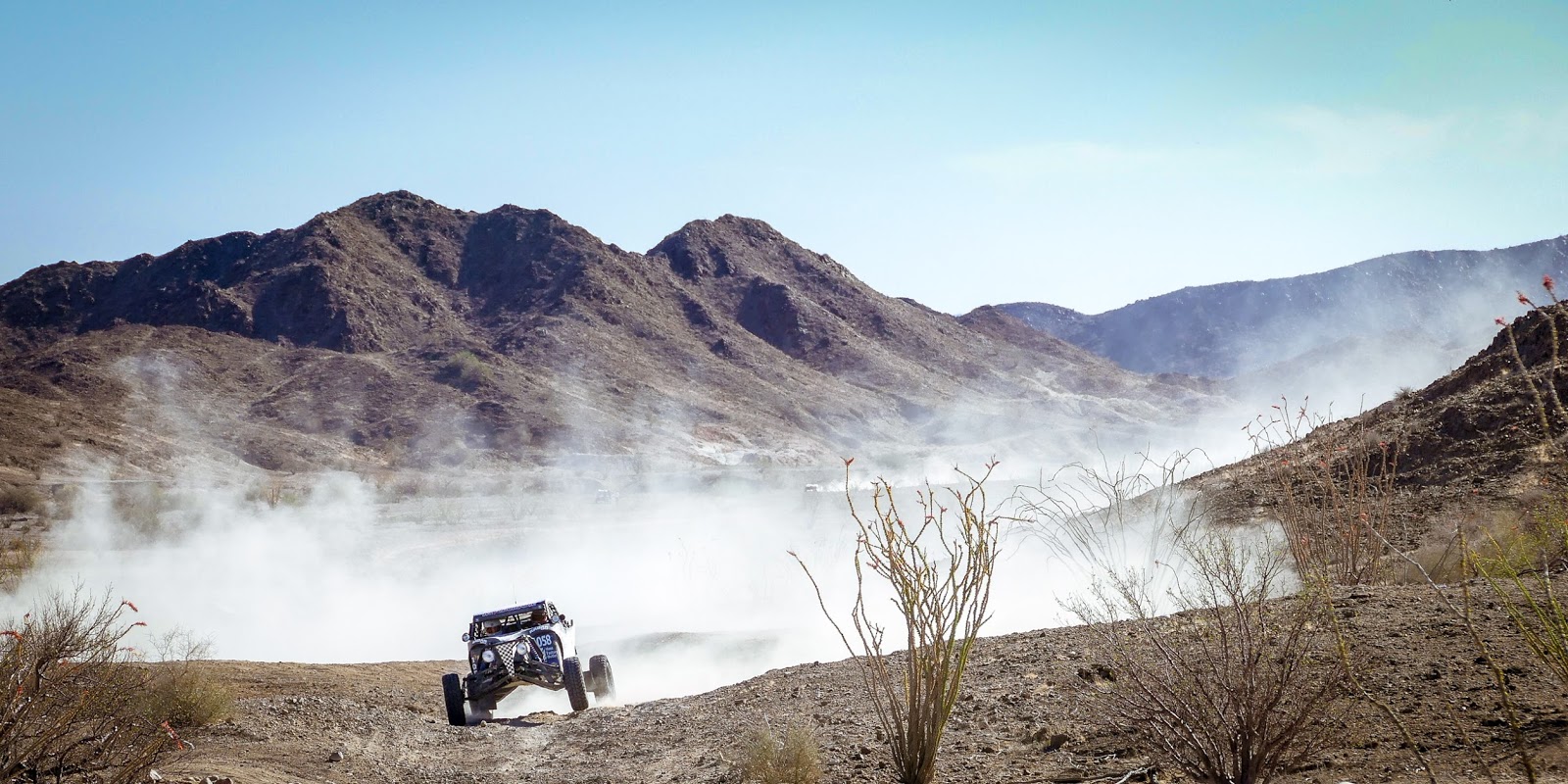 While the Baja 500 and Baja 1000 races are more well-known, the San Felipe 250 is run by the same organization (SCORE International) and draws a robust and loyal crowd every year. It's even televised by CBS Sports (broadcasts start on April 10th)!

Hans, Ursula, and I dust off our cameras and head out Friday morning for the first event of race weekend-- Contingency Row.

Stumbled Into a BIG Crowd

After a whirlwind 2-month Baja trip last winter with friends Hans and Ursula (where we boondocked on gorgeous beaches,  snorkeled with sea lions, touched baby gray whales, explored historic missions, soaked up city life in La Paz, conducted a 1,000-mile taste-test of the ultimate best Baja fish tacos, and so much more), we had even more ambitious plans this winter to explore mainland Mexico.

But, as other commitments started whittling away at our time block, the idea of a shorter, less stressful trip began to look more and more appealing.  The big mainland trip is now postponed until this Fall, and for the moment, we would now head to northern Baja for a quiet, peaceful, relaxing month of sandy beaches.

We carefully planned our trip to ensure we'd return to the U.S. before Mexico's mega beach holiday-- Semana Santa (Easter Holy Week).  But we failed to avoid another event (that would transform our first week in Baja into anything but quiet and peaceful) -- the SCORE San Felipe 250. 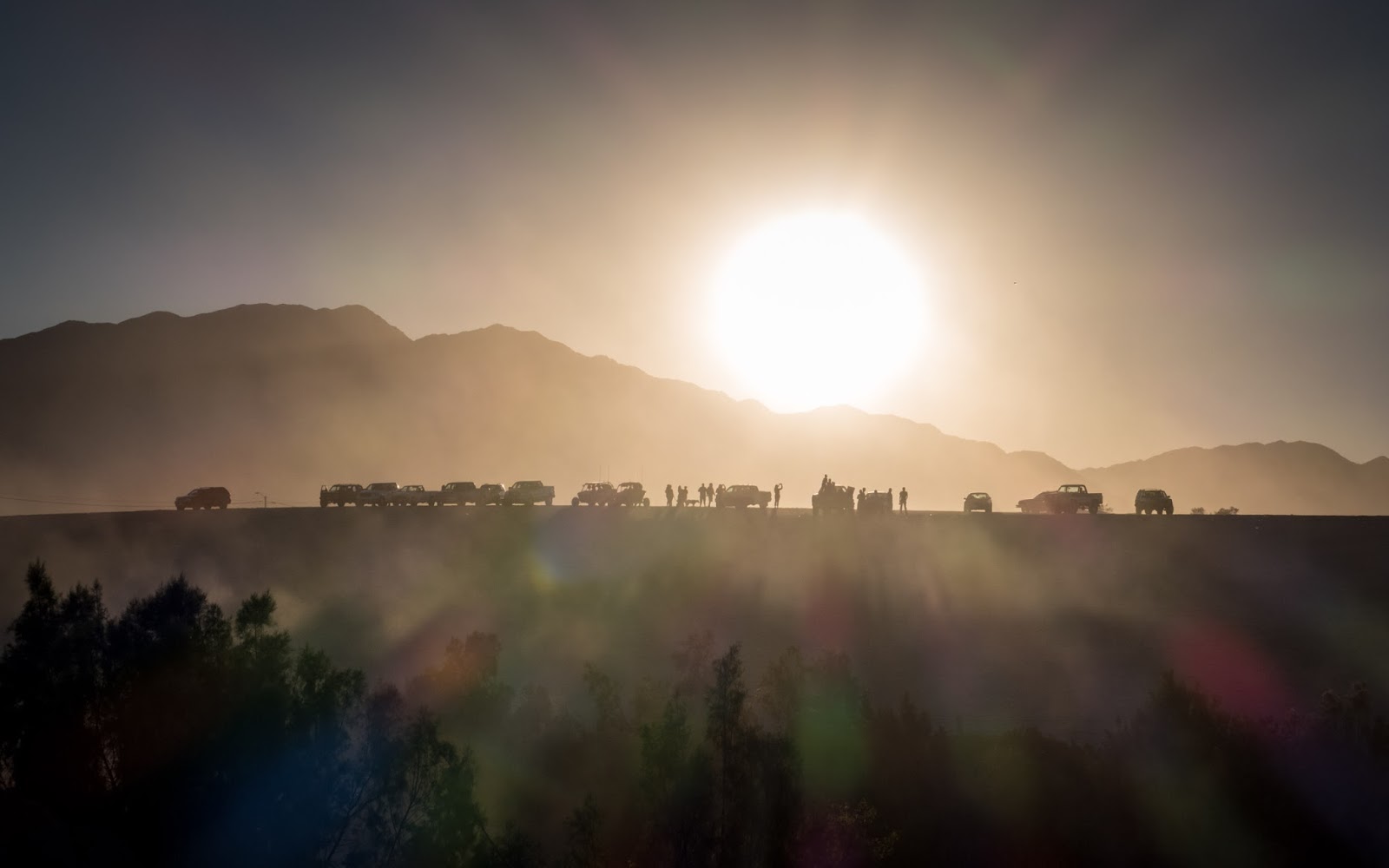 On my last day in Ajo, I decide to take the little yellow Tracker for another off-pavement jaunt into the Arizona desert.  This time, it's to a new-to-me National Wildlife Refuge west of town.

Cabeza Prieta National Wildlife Refuge, at 860,000 acres, is the third largest NWR in the lower 48 states.  Most of it is complete wilderness, but a couple 4-wheel-drive roads exist along the edges of the park.  I decide to give the Charlie Bell Road access point a try just west of Ajo.

The entrance sign is pretty sun-baked.  Not much rain ever gets to these parts of southern Arizona. 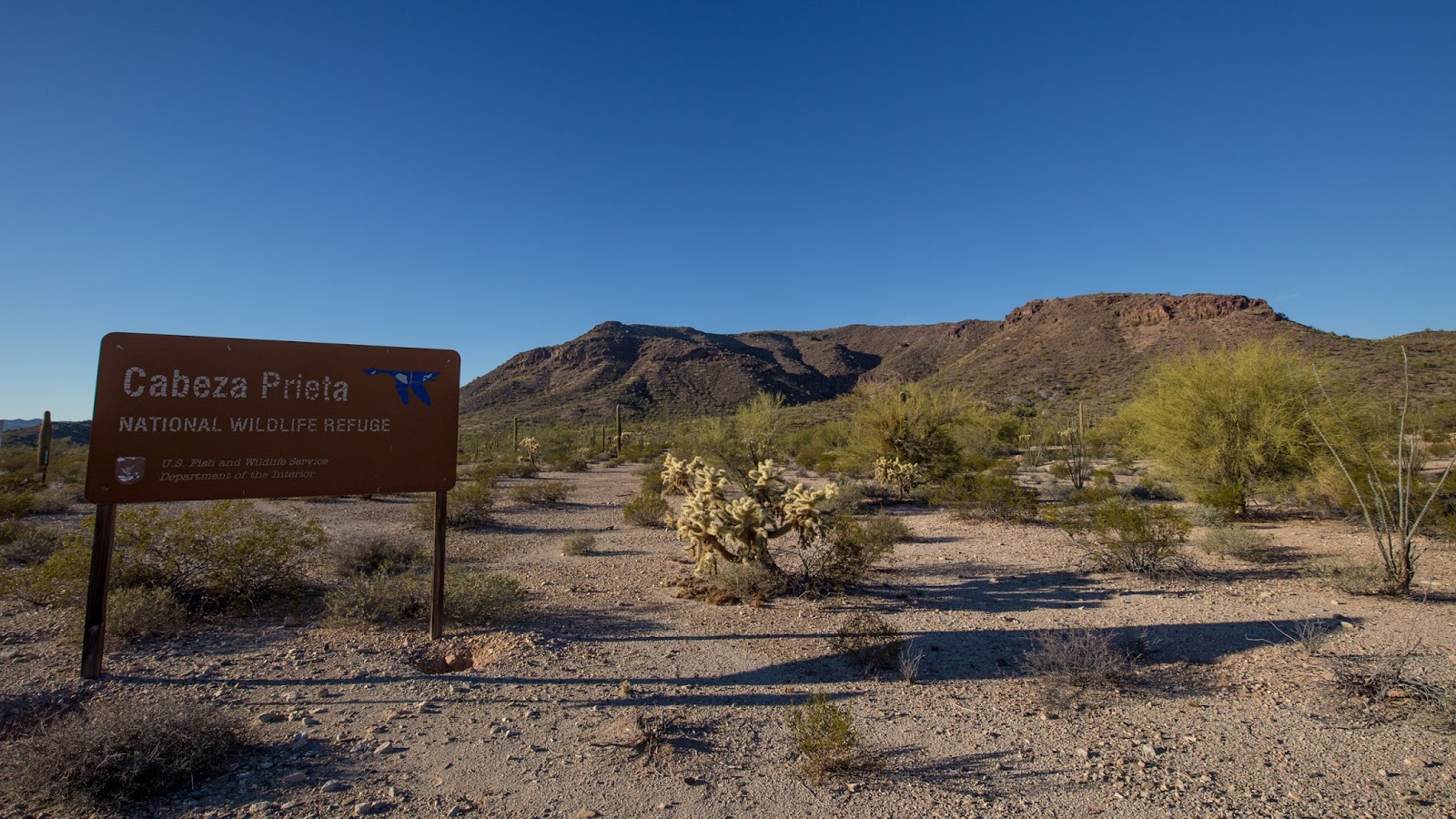 By the beginning of February, I'd been parked at elevation 4,500 feet in central New Mexico for 4 months.  As much as I loved the people and Refuge at Bosque del Apache, I was itching to replace the Chihuahuan Desert's brown with some greener surroundings, do a little boondocking, and get back to "T-shirt and short-pants weather" (as Tioga George used to call it).  Southern Arizona's Sonoran desert was just the remedy!