After unknowingly driving my motorhome down the 22-mile mountainous, narrow, dirt road called the Apache Trail in Arizona a few years ago, I was convinced of two things:   I wanted to drive more fun roads like that, and I never wanted to drive one in a motorhome again!

Once back home, I began researching small 4WD vehicles to potentially tow behind my View.  I knew I needed a vehicle less that 3500 lbs (the towing limit for '06-'08 Views), and wanted one that could be "flat towed" (all 4 wheels on the pavement).  I also didn't want to fool with manual transmission, so only wanted an automatic.   That criteria narrowed my choices rather quickly to:  older Ford Escape/Mazda Tributes;  or older Jeep Wranglers, Chevy Tracker/Suzuki Vitarra, Suzuki Sidekick/Geo Tracker, Honda CR-V, or Toyota RAV4 (with an aftermarket lube pump).   Except for the Ford/Mazda, all would need to be much older, used cars as the newer versions all exceeded 3500 lbs.

As I did further research on 4WD trails in Colorado, many mentioned the need for true 4WD "Low" gearing (not simply an AWD vehicle in low gear). True 4WD Low gear is slower and has greater torque to allow you to "crawl" over rocks with less tire spinning, and descend steep mountain trails without as much braking.  So, after narrowed the list further to only truck-based frames with true 4WD Low gearing, I was left with the older Wrangler, Suzuki, or Tracker.

If I were to predominantly drive the toad on 4WD trails, no doubt, the Jeep would have been the best choice with it's higher ground clearance.  But since I also wanted a toad to be able to carry passengers on occasion, keep photo gear secure, and be comfortable in winter climates, the better "all-around" choice was only one vehicle-- the 1999-2004 Suzuki Vitarra/Chevy Tracker with it's beefier 4 doors/windows, and SUV-like body.

Upon further research of the Tracker/Vitarra, I learned they were assembled by Chevy but comprised fully of Suzuki (Japanese) parts.  Additionally, nearly all RVers that had them as toads raved about how dependable they were.

I found my perfect little yellow Tracker in May, 2011.  It had just under 70,000 miles, a 6-cylinder engine, leather seats, tinted power windows/doors, alloy wheels, and ABS brakes.  Best of all, it was 1/2 the price of a comparable 2003 Honda, Toyota, or Jeep!

Here are a few dealer pics (it will never look this clean again!): 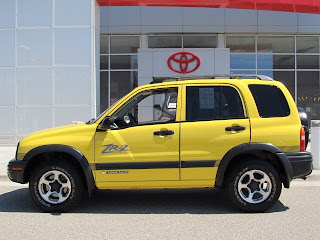 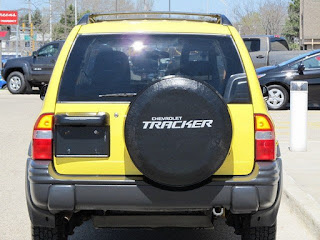 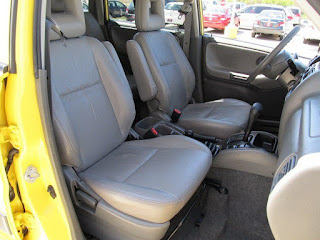 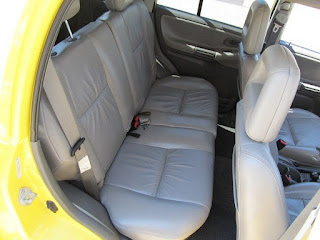 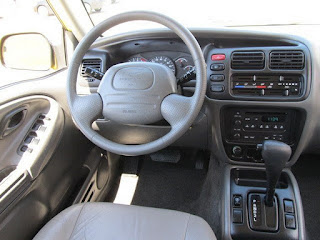 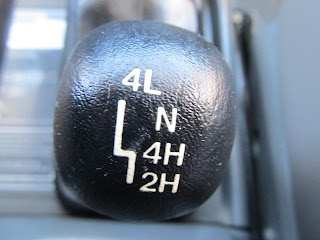 So, far my Tracker has tackled a number of Colorado's 4WD trails (many over 12,000 feet!), and has managed to keep up with other Jeep Wranglers on the trail just fine.  It won't ever be capable of doing trails with a "difficult" rating, but frankly, those trails kinda scare me anyway, so I'm happy enough to off-road on the less demanding, more beautiful trails like this one! 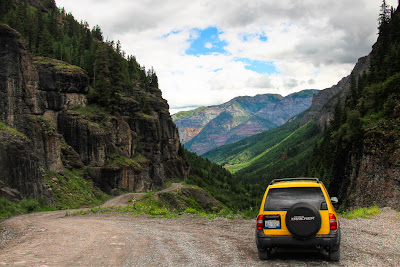