Hard to believe that Millie and I have now been full-time RVers for 1 whole week!  I’m still at the lovely county park campground on the outskirts of Chicago enjoying a large campsite overlooking an oak savannah prairie, and soaking up some great sunrises and sunsets. 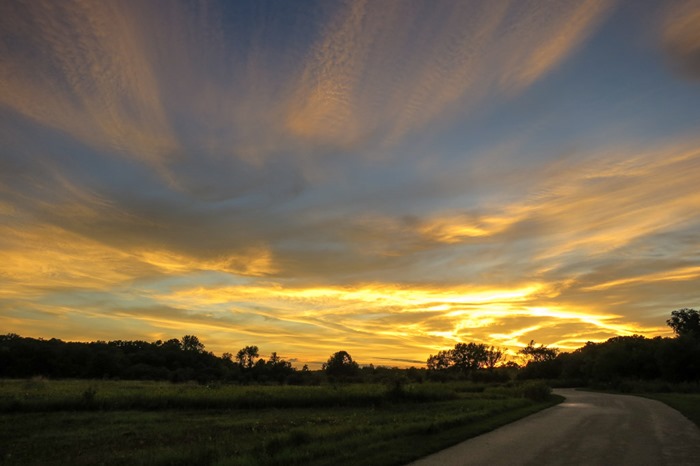 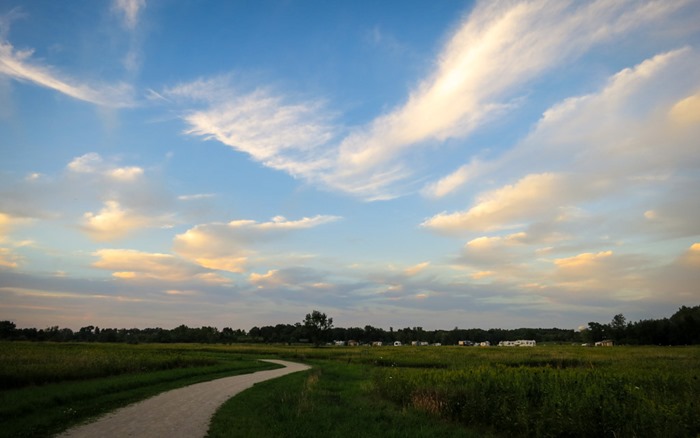 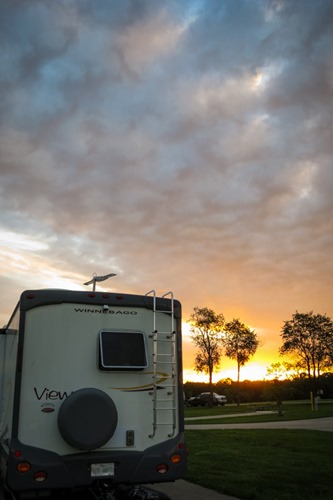 While I’ve been spending most days working away at the remaining 20 boxes to be eBay’d, Craigslisted, scanned, or garaged sale’d from the storage garage, Millie has continued to be absolutely no help at all

--  She spends her days lounging in the cool grass, or when the sun’s too hot, she crawls under the motorhome to a favorite shady spot. 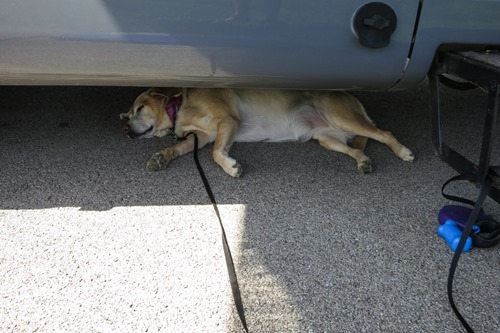 How many years have I waited to type that headline?!!!  My stepsister Carol asked me the other day just when I first started planning this life transition and I couldn’t quite pinpoint it, but certainly at least 5 years ago.  At that point, I didn’t have a firm date in mind—just a desire to transition from a fixed location to a mobile one for the next phase of my life.

I’m still trying to sort out the mental and emotional transition of this life change, but for now, it feels GREAT to see the tunnel behind me rather than continually in front of me!

Read more »
Posted by Unknown at 9:52:00 AM 37 comments:
Email ThisBlogThis!Share to TwitterShare to FacebookShare to Pinterest
Labels: Full-Time RVing, Illinois

I’m now midway through my final “hell week” of getting all my remaining possessions sold, donated, or moved out of the house.  The priority for the first half of this week was a huge blow-out garage sale. 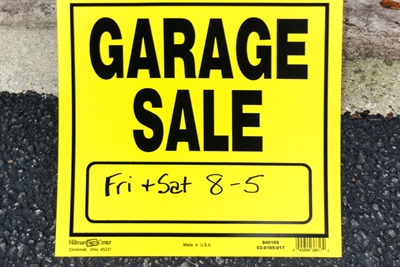 I really lucked out as this final weekend before my move also happened to be the annual “town-wide garage sale” weekend, so lots of buyers were out roaming our streets!

Read more »
Posted by Unknown at 9:28:00 AM 4 comments:
Email ThisBlogThis!Share to TwitterShare to FacebookShare to Pinterest
Labels: Full-Time RVing, Illinois

Just a quick update to let you all know that I’m still alive and kicking!  With so much house activity consuming my days, I’ve not had time to write many blog posts…but hopefully, those lazy carefree days are coming soon…very soon!

In just 10 days, Millie and I will be pulling the Winnie out of the driveway for the last time and leaving our house to the fabulous couple who will be renting it over the winter.  They were over on Saturday measuring rooms trying to decide how they’d downsize their house’s furnishings into this one, while I was out in the driveway trying to figure out how I’d get a 2-car garage filled with stuff into my 24’ Winnebago!  “Downsizing” is all relative it would appear!

It’s not all been excitement and CandyLand, though.  I finally had a bawling emotional melt-down about a week ago after what felt like being haggled down to a pulp by ruthless Craigslist bargain-hunters on some of my most-cherished possessions.  In reality, they were just buying items for the going rate, and I still had way too many emotions pent up needing to “let go.”

All the Craigslist sales up to this point had been easy and fun—looky here!  Cash for unused, uncared about stuff!  Yippee!!!   Now, I was down to the really hard stuff such as grandmother’s most-prized dining room set and bedroom set from the 1930’s. 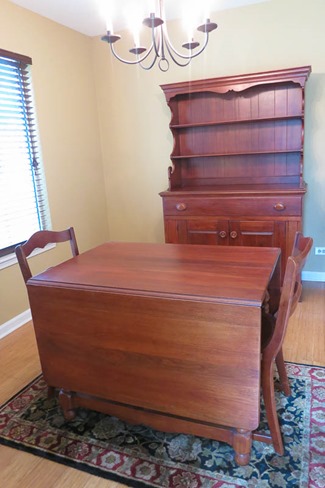 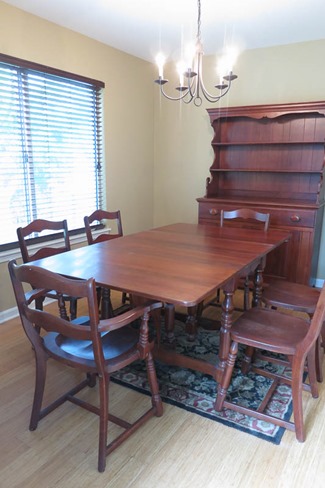