A Gift of Faith

My post today has nothing to do with RVing, but celebrates the 100th anniversary birth date of my grandmother, Lockie, and the gift she ultimately gave me of finding everlasting Faith.

I’ve never been a very religious church-goer in my life, but like many others drawn to the outdoors, I often experience the greatest sense of spirituality when out in nature.  I feel much more connected to God on a Sunday morning when paddling a quiet pond or watching a magical sunrise, than praying from a church pew.  But it wasn’t always that way. 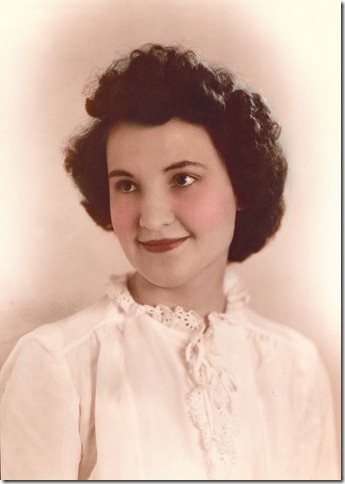 My grandmother was born in 1911, the youngest of 4 girls in a deeply religious Baptist family.  They moved to Augusta, Kansas when she was still a child, and it was there in the 1930s, at the height of the Great Depression, that she met my grandfather, Ray, who ran the portrait photography studio in town and preached at a small church out in the country. 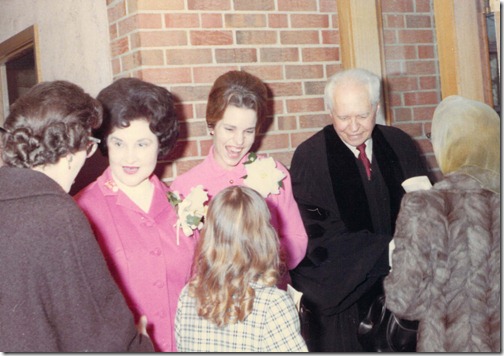 They were an inseparable team for nearly 50 years, spending much of that time in Kansas City, where they raised my mother (their only child) and grew a large congregation at the Hyde Park Christian Church.  He was the inspirational preacher, and she, the devoted preacher’s wife who sang in the choir, taught Sunday School classes, and organized countless church socials and pot luck suppers.

My earliest memories were of the summers with my grandparents in the late 1960s and early ‘70’s.  My grandmother would often sing and play hymns and Broadway show tunes on the piano. When I was old enough to learn, she first taught me one of her favorites, “Edelweiss” from The Sound of Music. For years afterwards, whenever we’d hear that song on the radio or TV, she’d say “they’re playing our song, honey!”

After my grandfather died in 1979, I had a hard time finding as meaningful a connection with any church or minister as I had felt when listening to him preach.  My grandmother tried relentlessly to get me to attend church more otten—“You can meet a nice young man there!” she’d often say.  But, by then, I was a young adult with my own ideas, and being an obedient young church girl was not one of them! 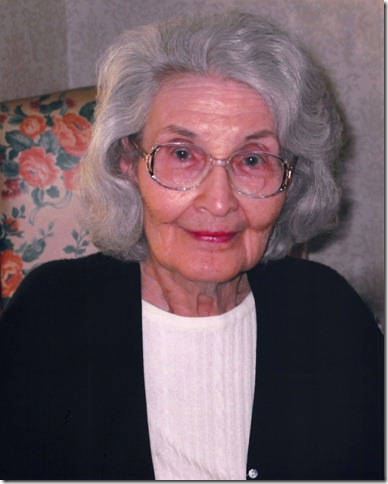 By 2000, when my grandmother was nearly 90, I moved her up to a retirement home near my mom’s house in Chicago.  By then, dementia had began ravaging her mind, and the religious pleadings had subsided.  Despite the circumstances, we had some wonderful times together in those final years and I got to see my grandmother much more often than I had in years past.

I also started ever so slowly to re-examine my skepticism towards Faith. There had been a couple of small coincidences and little miracles that my logical secular brain simply could not provide a rational explanation.  I was drifting closer towards God, but wasn’t 100% convinced just yet.

Then, on one sunny December morning in 2005, my grandmother helped provide the final leap of Faith that I’d been needing.  My mother and I had been at the nursing home all night long holding my grandmother’s hands as she peacefully slept in her last few hours of life.  Christmas music blared over the loudspeaker continuously, and it honestly got a bit annoying at times.

About 30 minutes after my grandmother passed, my mom and I began gathering a few of her things to take to the car.  As I walked down a long hallway of the nursing home, I suddenly heard music over the loudspeaker that could not have been more crystal clear a message to me—this song was no ordinary Christmas Muzak from the night before.  Out of the millions of songs to be playing that morning, it was “Edelweiss,” indeed, our song!

My Faith has never waivered again since that day. It was my grandmother’s last and most precious gift to me.

Posted by Unknown at 12:15:00 AM 4 comments:
Email ThisBlogThis!Share to TwitterShare to FacebookShare to Pinterest
Labels: Faith


I posted these photos on my T@B blog a few years ago, but they're still some of my favorites of Millie celebrating the first snowfall of 2008 out in the backyard.

This winter has been a bit more challenging for Millie.  She had surgery last week to take care of some minor things, and the vet discovered a cancerous tumor on her rear paw that could not be completely removed.

So, it looks like Millie will have to endure a few more visits to the vet in the coming months as we figure out the best treatment plan.  The good news is that it doesn't appear to be the very worst kind of cancer, so the odds look promising.

In the meantime, Millie is enjoying all the extra treats and toys she's been getting lately, and is looking forward to this season's first big snowfall in the backyard! 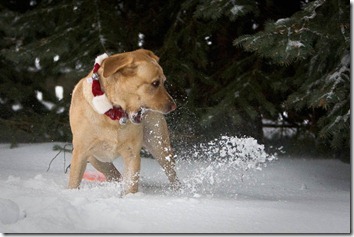 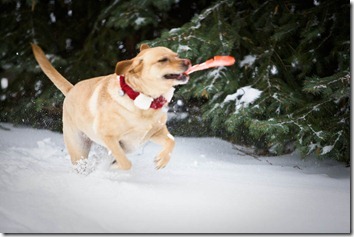 While I may not have any travel posts for the next few months, I do plan to get more tech and general RVing posts completed.  Tech changes so quickly, that the posts I did last winter on Mobile Productivity are now getting pretty outdated, so lots of new toy and app discoveries to share with you soon!

Just noticed today that we're now up to 50 friends following this blog...wow!  My deepest thanks to everyone for all the kind and helpful comments you've made.  It was also great fun to finally meet some of you in-person this year and I hope more of us can meet up next year as our travels align.