There’s not a whole lot of things to go buy yourself for Christmas here in Baja, so I decided to buy my Christmas toys a few weeks early while I was still in the U.S.  After my extended boondocking experience in Nevada, I wanted to shore up a few deficiencies and make the Winnie an even better boondocking-mobile for hitting the beaches of Baja this winter.

The weakest link in my Winnie systems seemed to be my 3-year-old Sams Club Duracell AGM batteries.  I had really expected these to hold up longer than they did, but as this was now my second set of low-cost batteries to die an early death, I finally had to admit “you get what you paid for” and pony up to make a proper battery investment.   Just like all the cheap Windows laptops I once had to buy and toss before finally investing big bucks on my Macbook Pro laptop (which is now 3+ years old and still looks and runs like new!).

So my new battery decision was now a no-brainer to buy the “Apple” of the battery world – a pair of Lifeline 6-volt GPL-4CT AGM batteries. 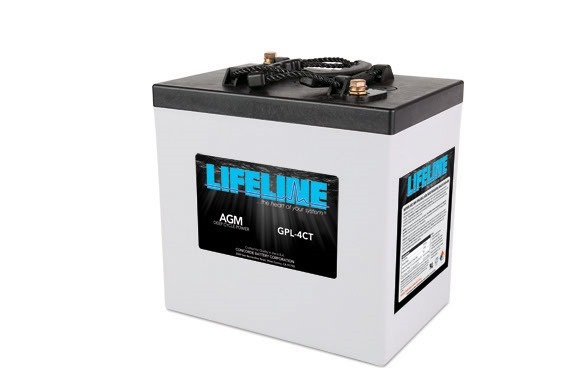 I had tried finding them in Las Vegas, but everyone had to special-order them and I couldn’t wait around there that long.  Fortunately, calling around to the Los Angeles dealers, I found that Powerstride Battery had them in stock at their distribution warehouse and they had a nice wide industrial park street that I could easily u-turn and park my RV and Tracker while performing the swap.

The warehouse manager apologized for being short-staffed and not able to help me install them, but he loaned me a handy rolling cart to transport the new batteries out to the rig (and roll the old ones back for recycling).  When he saw me hand him over the old Duracell AGMs he laughed and said “you’ve just upgraded from a Pinto to a Cadillac!”

So far, he’s been absolutely right!  The Lifelines have never yet dipped below 12.8 volts (whereas the old Duracells would routinely drop to 12.2 or lower every night)!

My next early-Christmas present was a Black Friday special.   I hate Black Friday and gave up chasing around big box stores in the pre-dawn hours years ago.  But Renogy Solar happened to have a sweet online Black Friday sale on the same 100-watt bendable panels that I had installed a few months ago.

At $35 off it’s normal low price, and only another 3 1/2 lbs, I figured an extra 100 watts of solar might come in handy for helping the roof panels on the shorter, less-efficient winter days (or cloudy days the rest of the year). I’ll  just use this one as an “as needed” portable panel for now. 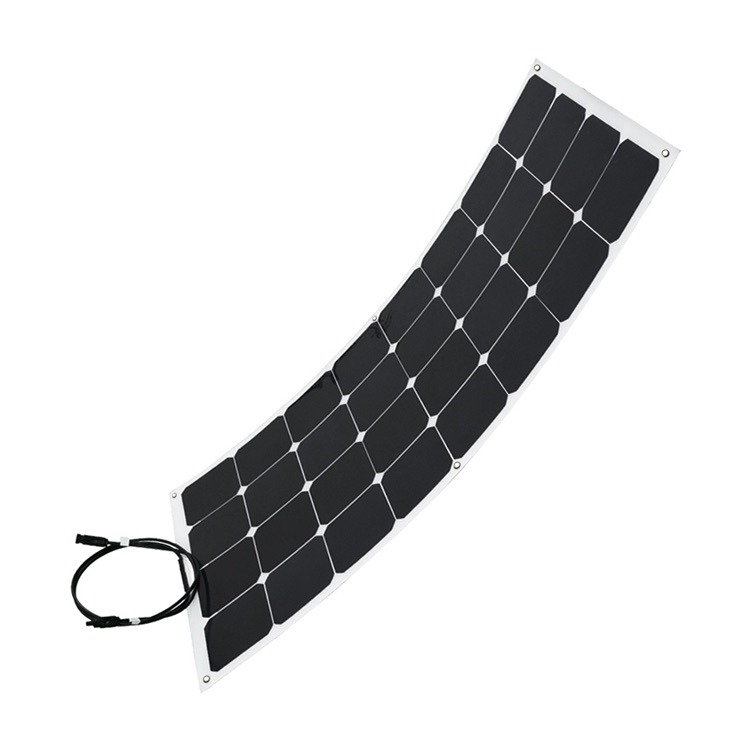 My final Christmas boondocking treat was to get a supplemental LP heating system that wouldn’t suck my propane (or batteries) dry in a matter of a few nights like my furnace seemed to be doing when boondocking in the cold.  I was going through a tank of propane every 2 weeks in Utah and Nevada!

I had used Olympian Wave heaters in my tiny T@B trailers in the past and really liked them, but didn’t like their lack of a thermostat control.    Friends Jim & Gayle happened to mention that their Kozy World infrared “brick” heater had a thermostat and worked great to heat their 30’ Lazy Daze RV.  So, I decided to order a KozyWorld KWP122 (2-brick heater with a thermostat control) and give it a try. 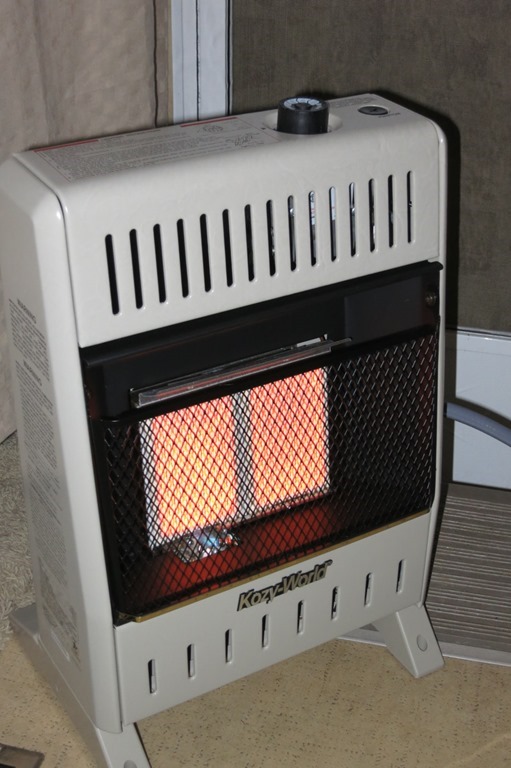 When I was staying in Vista, CA, I found a fantastic RV shop there called Desert Sport RV.  The co-owner, Chad, offered to make a house-call to install the LP tee I was wanting for the new heater line.  As a full-time RVer, not having to pack up Millie and the whole house just to get a simple upgrade installed was a great convenience!  Chad even showed me how to do the “soapy water test” to check for small LP leaks (as the hose, shut-off valve, and quick disconnect fittings had not yet arrived so I would be installing these items myself later).

So, here’s where the new LP hose and tee resides— behind the louvered access panel door beneath the clothes closet (where my water pump, hot water heater, fresh water tank valve are).  There’s tons of room in that space to keep the 10’ LP hose out of sight when not in use. 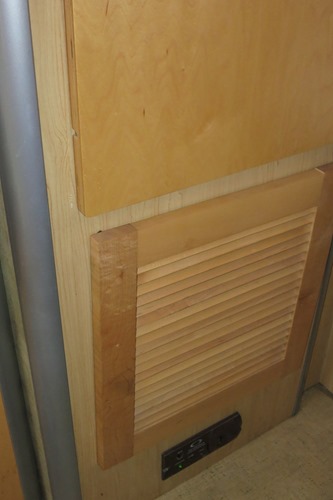 When I want to use the heater, I turn this new yellow shut-off valve on, unroll the hose, and snap it into a quick disconnect fitting that stays mounted on the heater. 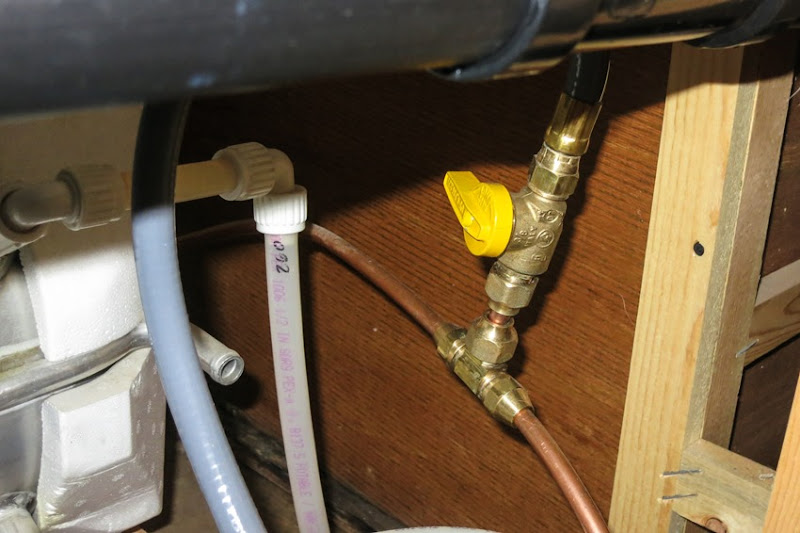 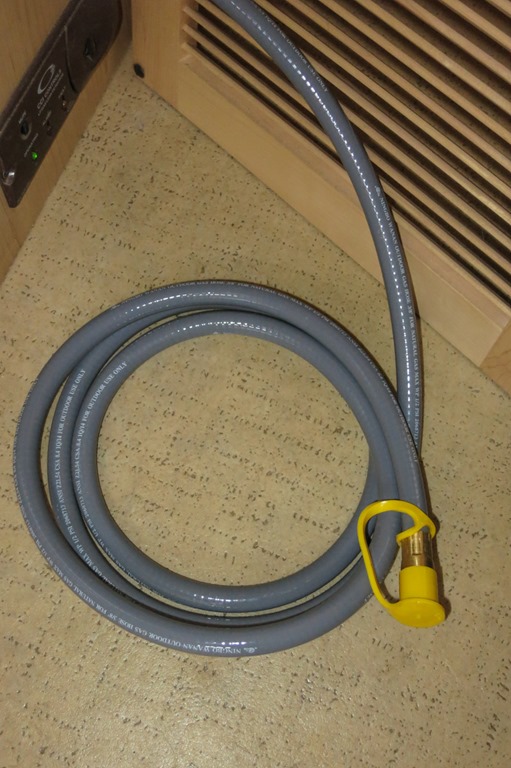 But, the jury is still out on whether I’ll be keeping the Kozy World long-term, or sell it to buy a smaller Wave heater.   So far here in warm Baja, the Kozy World hasn’t gotten used much, and when it has, it’s been too powerful (keeping the rig too warm).  The second challenge has been the unit’s size—it looks a bit oversized when inside the View, and when not in use, I struggle to find a place to store it (it’s currently riding around in the back of the Tracker most of the time).  So, I’ll give it a bit longer and wait until I get back up north to the colder U.S. before making a final decision.  In a bigger rig, this unit is surely perfect, that’s for sure!

Regardless of which heater I settle on for the long-term, I’m thrilled to once again have a portable, super-efficient, super-quiet radiant heat source in my RV!  It’s like having a little fireplace that you can stand close to and warm up your hands and feet on a chilly winter’s night!  Just delightful!