I Made it to the Wedding!

If you would have told me on June 2nd (the day after my hysterectomy surgery) that in less than 3 weeks I’d be standing at nearly 9,000 feet elevation, a thousand miles from Chicago watching my brother get married in the mountains of Colorado, I likely would have been hanging myself with my hospital gown!

Those first couple of days of post-op were pretty intense, and I started realizing I might just be like many of the women on the Hystersisters forum who reported needing the full 6 weeks to recover.

But incredibly, after just 2 more weeks, there I was on a perfect, sunny afternoon of June 21st in Vail, Colorado with a front row seat to witness my brother marrying the love of his life! 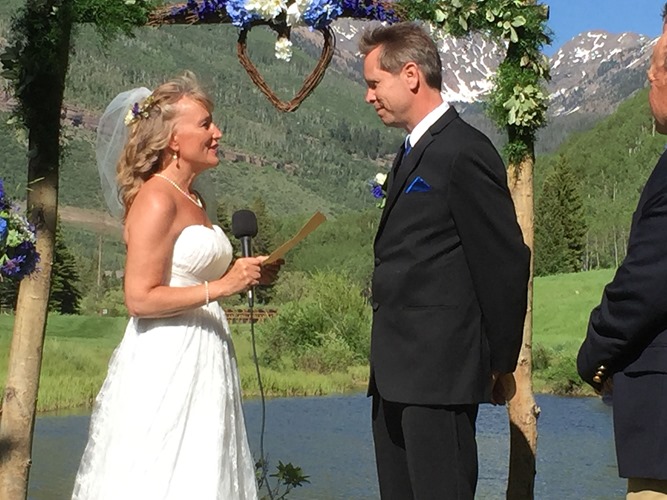 It really was quite amazing at how well everything just came together for everyone that weekend!  My sister and brother-in-law (Holley and Mike) had been planning to drive out to Colorado for months.  After weighing the pros and cons, I decided the 2-day car ride out to Colorado would be the lesser of two evils versus flying solo and having them pick me up in Denver.  At least in a car, I could have them stop at any point quickly to let me rest.  I wouldn’t be able to do that in a plane!

We decided to rent a car to make the trip, and lucked out getting upgraded to an SUV.  With 1/2 of the backseat flipped down, it was a perfect fit for my backpacker Big Agnes Air Pad and plethora of pillows!  We all really enjoyed taking turns stretching out for naps with this comfy setup. 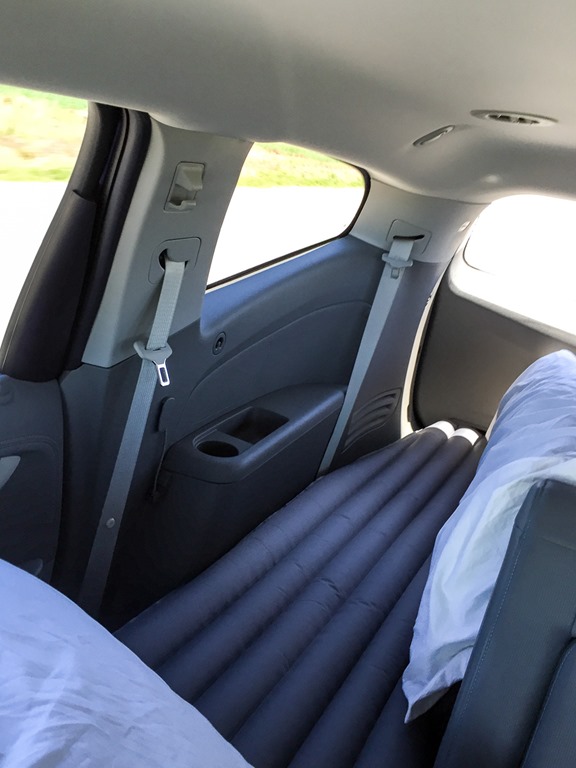 Mike had never been to the Colorado Rockies before, and it had been decades since Holley had seen them, so I let them both sit in front and enjoy the views as got into the mountains.  It was great still seeing some snow on the tallest peaks. 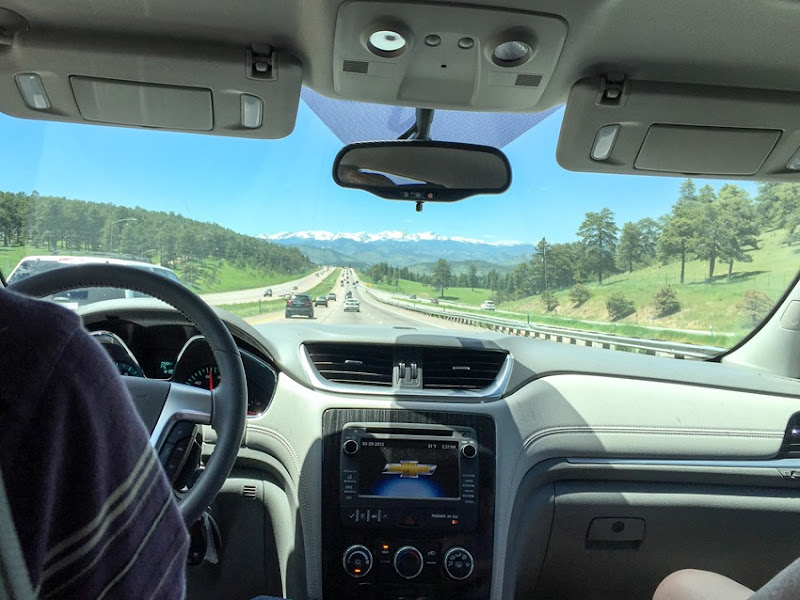 The view from the Lake Dillon’s scenic overlook was might fine too! 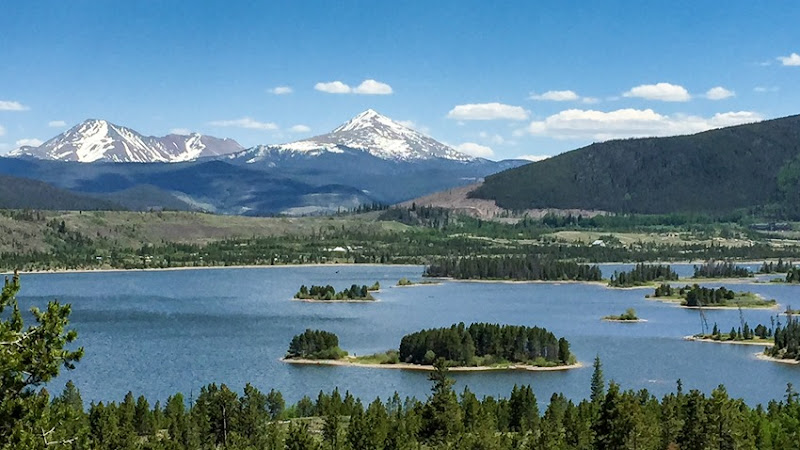 Saturday was the wedding rehearsal and rehearsal dinner.  My brother and his bride (Randy & Karen) had their ceremony on “wedding island” at the Vail Golf Club.  An adorable little drop of land on one of the golf course’s ponds! 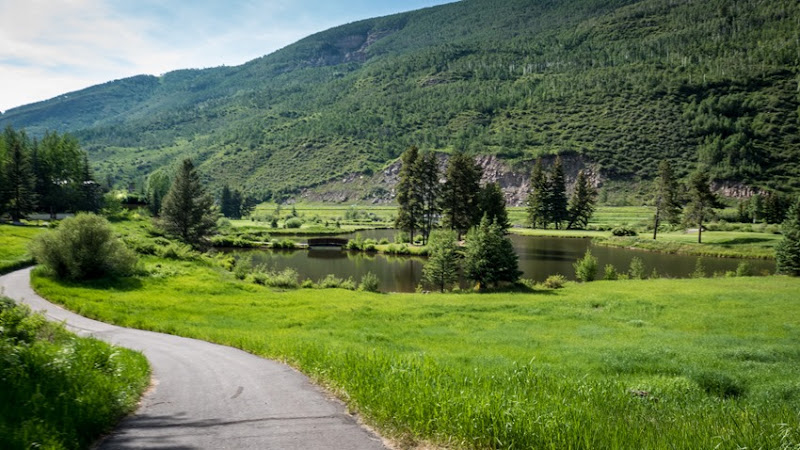 Randy and Karen did a lovely picnic rehearsal dinner for the wedding party and all the out-of-town guests.  Their neighbor, Janie, is a chef who graciously volunteered to cater the meal.  It was fabulous! 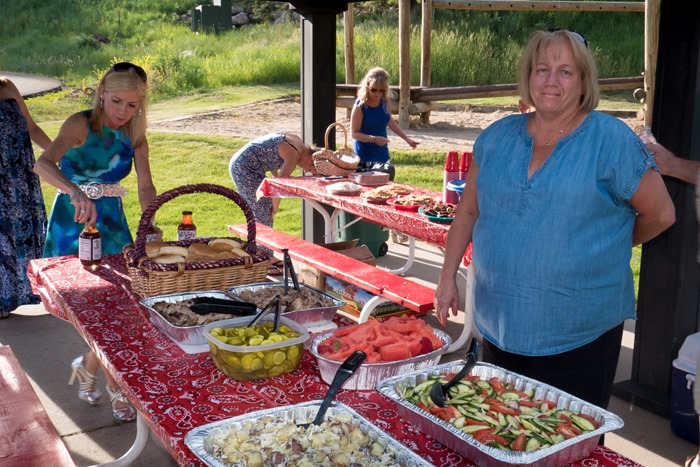 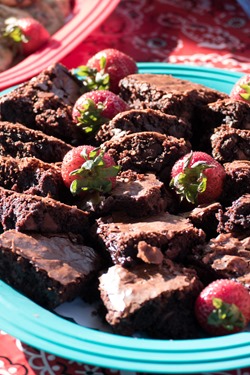 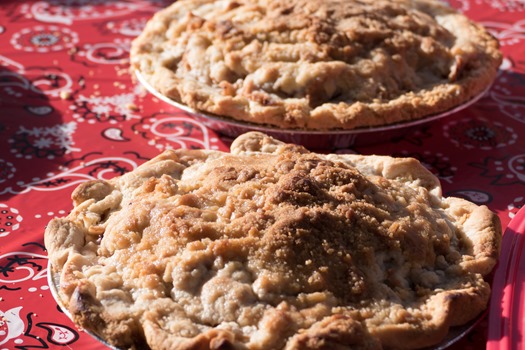 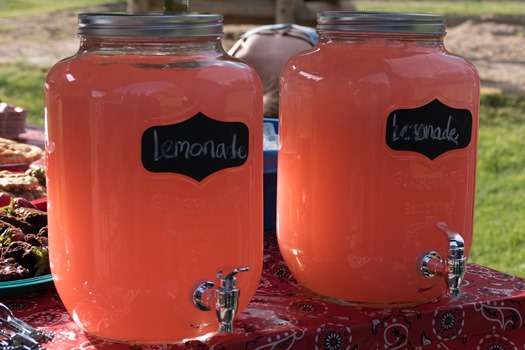 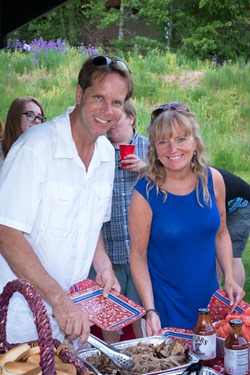 And a great time re-connecting with our cousins from Oklahoma too! 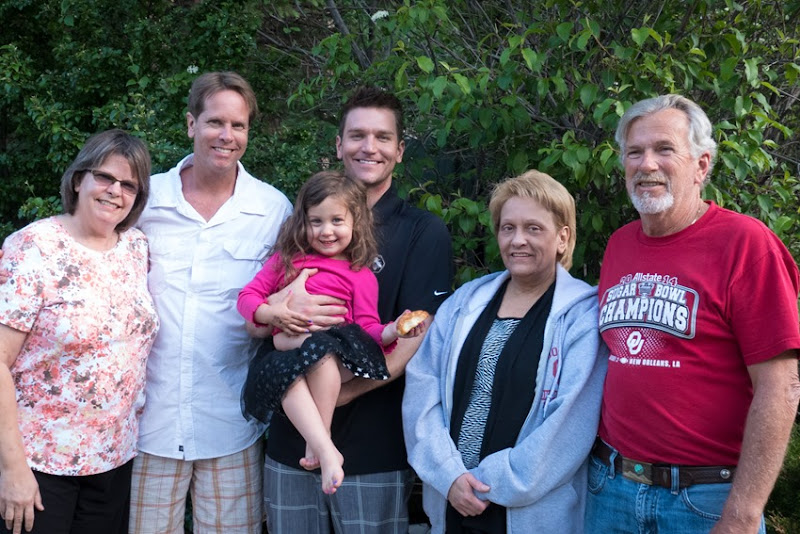 The wedding was not until late afternoon on Sunday, so I decided to show Mike and Holley the high country back roads behind Vail on Sunday morning.  As long-time readers know, I love to go off-roading in my little Tracker.  But, as soon as we started down this bumpy Forest Service road, I realized it was a pretty dumb idea-- my still-tender abdominal organs were being bounced around like piñatas (thankfully, I still had a full-sized pillow to provide the needed tummy support)!  The views were well-worth it—Mount of the Holy Cross had just the right amount of snow on its peak to actually see the cross! 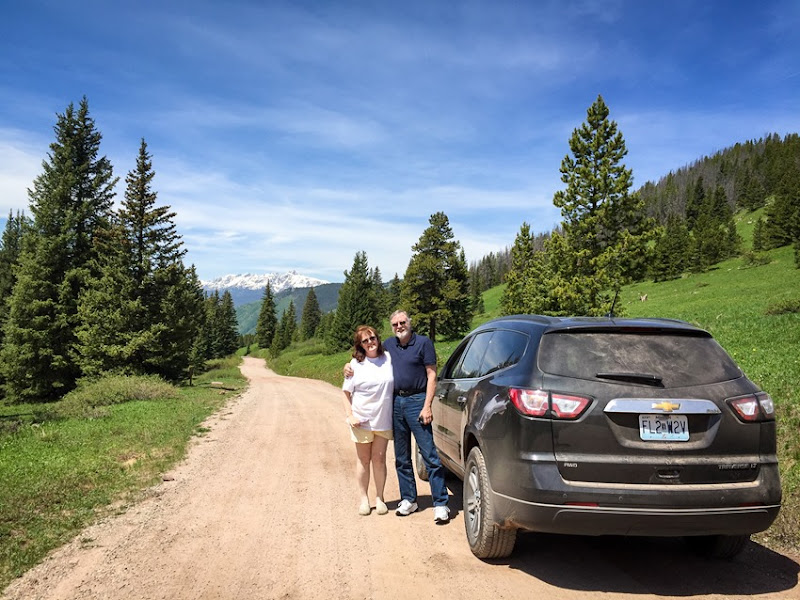 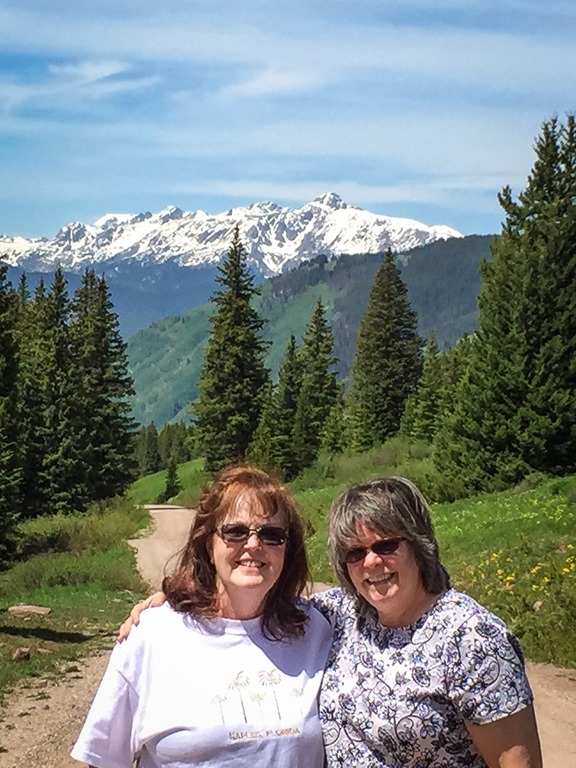 The rental car got a bit dirty though….oops! 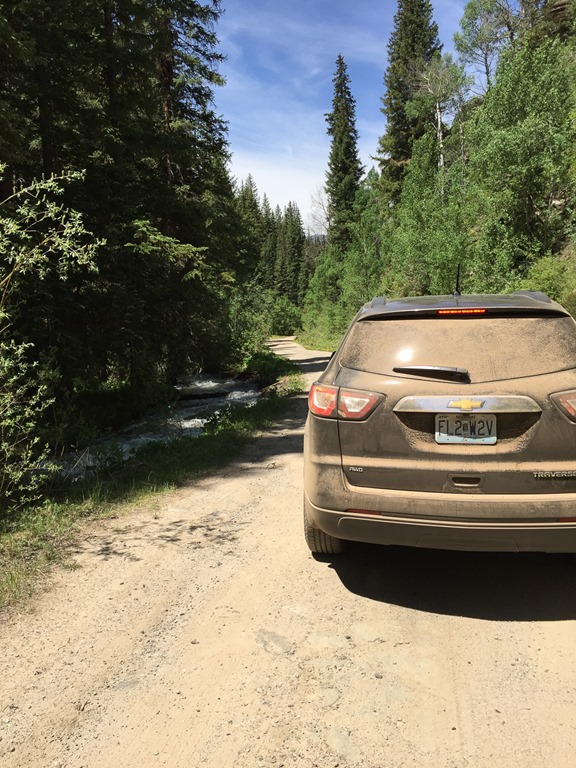 We made it back with just enough time to clean up and change for the wedding.  My job was to get the groom dressed and ready for his big day! 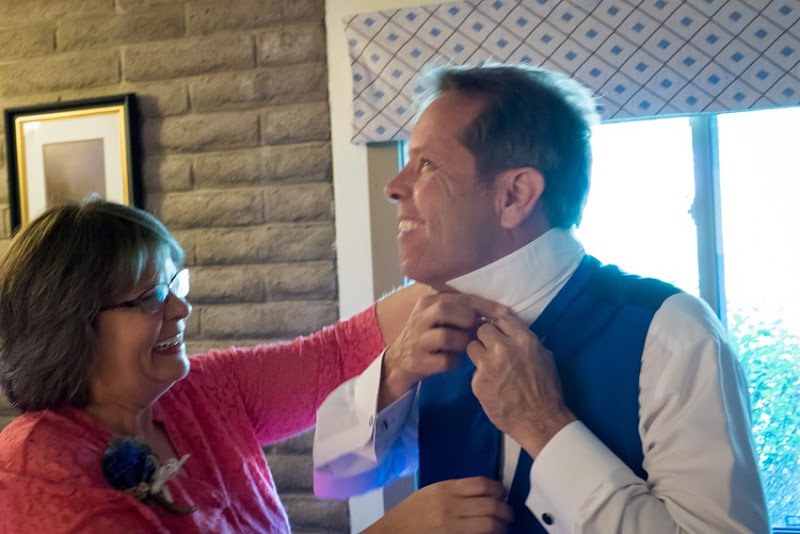 I’d never seen my baby brother in a tuxedo before and it was quite a comedy watching him and the guys trying to figure out such foreign objects as cufflinks and pocket squares!

It all managed to come together nicely—all the ladies looked pretty and men looked handsome!  Even the family dog, Shine, was looking her best! 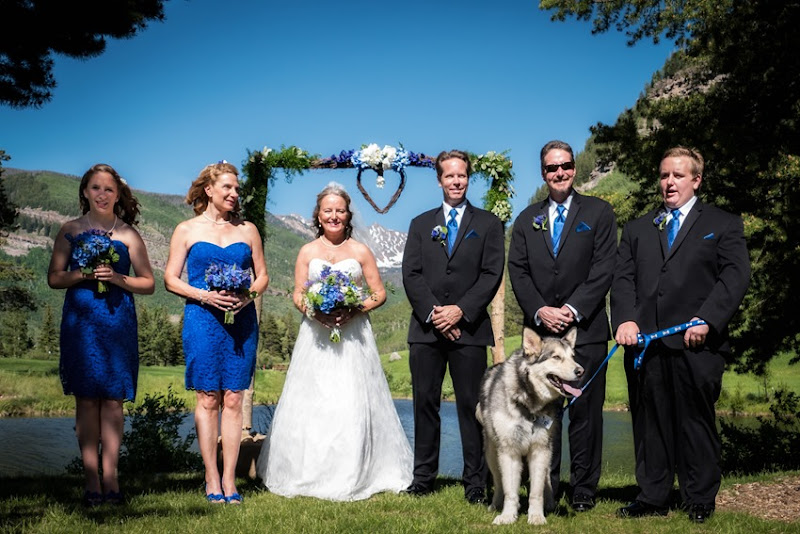 Karen & Randy asked me to do the reading, and we found a great one that referenced mountains and valleys—Blessing For a Marriage by James Dillet Freeman.  It was such an honor to read that in such a spectacular setting!

The reception was at the Golf Club, and had great food, a live band, and lots (and LOTS) of dancing! 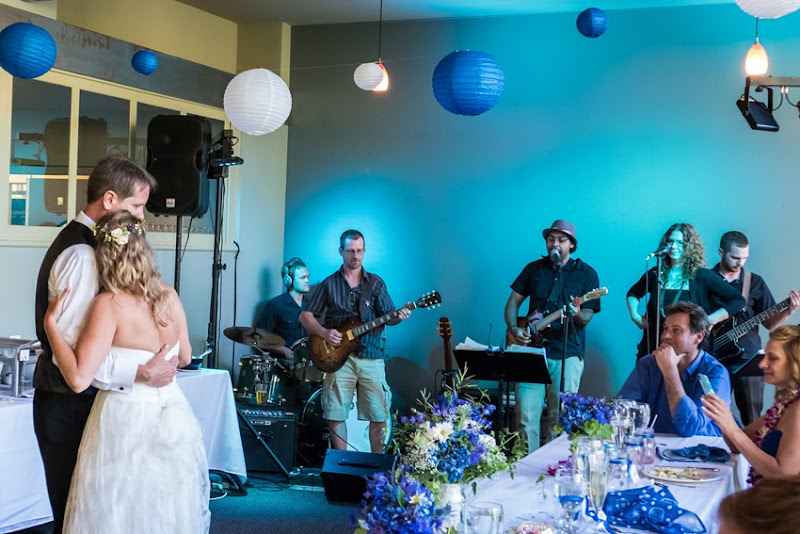 A young son of one of the band members even joined in to show off his breakdancing skills!  What a hoot! 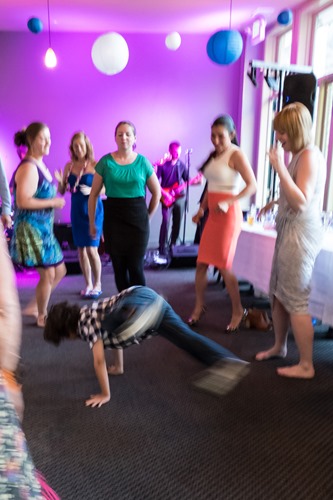 Even though the day really wore me out physically, I was so grateful to Mike and Holley for getting me there to experience such an important family event.  Karen and Randy have a such a special spark when they’re together that just seems to illuminate everyone around them and make us all feel a bit more hopeful about the world—true, old-fashioned love is still out there, alive and well!

I am so thrilled for both of them, and wish them a long lifetime of love and happiness! 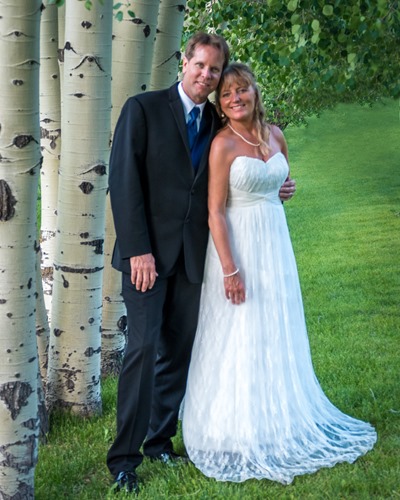 Posted by Unknown at 7:45:00 AM
Email ThisBlogThis!Share to TwitterShare to FacebookShare to Pinterest
Labels: Colorado